Glendive Dinosaur & Fossil Museum > About Us

The Glendive Dinosaur & Fossil Museum proudly presents its exhibits in the context of Biblical history.

The museum houses more than 24 full-size dinosaurs plus numerous singular fossils.  It also houses informative exhibits explaining the origin of the geologic column, the fossil record, the age of the earth, as well as a Biblical history exhibit, a theater and a gift shop.

The mission of the Foundation Advancing Creation Truth (FACT) and its related ministries is to glorify God as Creator and Sustainer, emphasize man’s accountability to Him, affirm God’s revealed and inspired Word as the preeminent source of truth and authority, and to challenge mankind to think through the assumptions and consequences of the humanistic concept of evolution and its underlying premise that the earth is billions of years old.

-All things were supernaturally created by the Triune God – Father, Son and Holy Spirit.

-The Bible is the divinely inspired revelation of the Creator, completely free from error in the original manuscripts.

-Each type of plant and animal was specifically created “after its kind” by God; none came from chance or natural processes, nor did any develop from some other plant or animal.

-The first humans, Adam and Eve, were specifically created by God; all others are their descendants.

-In Adam, mankind was given dominion over all other creatures and the earth itself.

-Marriage is ordained by God and is only between one man and one woman.

-The creation of all things occurred in six natural days and was originally “very good.”

-The entrance of sin into the world, through Adam, brought God’s curse on all creation, culminating in death and separation from God.  No suffering or death existed prior to this.

-The Biblical record of the beginning of the world is authentic history. This includes the recent creation of all things, the fall, the curse, the global flood, and the dispersion of nations at Babel.

-Evidences in the earth’s crust and in human legends are to be interpreted in light of this true history.

-The separation of man from God can only be remedied by the Creator Himself, who became man in the person of Jesus Christ – virgin born and sinless.

-His substitutionary death paid the price of man’s redemption and His bodily resurrection proved His victory over death. 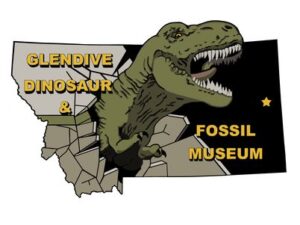